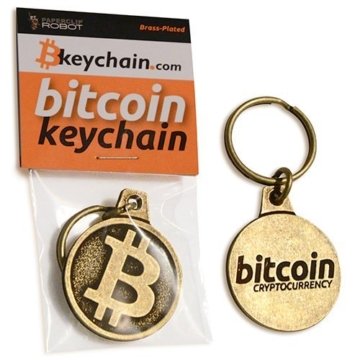 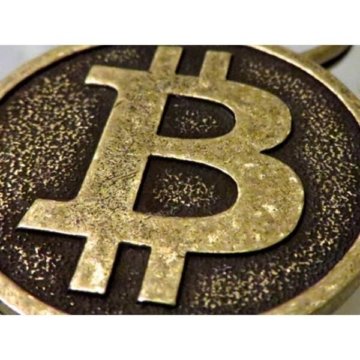 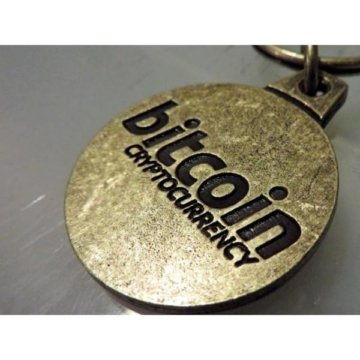 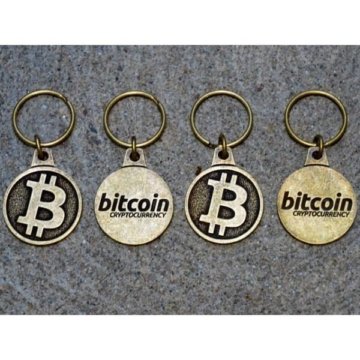 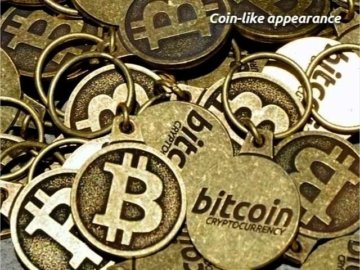 A brass-covered metal bitcoin keychain. A great conversation starter and a way to talk to people about Bitcoin!

Quote of the Bitcoin Keychain Inventor

“When I first joined the Bitcoin bug, I tried to get involved in as many possibilities as I could imagine. I had attended a few Bitcoin Meetups, and I really wanted to do something great and bring them to the next event. I considered many things, but I ended up creating a material coin bitcoin keychain. Something cool like the gold-plated Bitcoin coins, but something affordable so you can keep it with you at any time.

This was followed by the unexpected success

I brought the first batch of key chains to a Bitcoin Meetup in mid-2013, and I sold a dozen or so for 0.1 BTC each. My friend took a photo of them at this meetup, and shortly afterwards I saw her on a big business news website to visualize an article about Bitcoin. This inspired me to take some photos of the Bitcoin keychains myself.

Soon after, I started to see my Bitcoin keychain on all kinds of websites, including some of my favorites. That was pretty exciting!

The experience of producing a Bitcoin product and selling it for Bitcoin was a really great experience. I’ve learned that you don’t have to be a developer to get involved in Bitcoin. Just try to find a way to use your skills to find your own way. And I have also discovered that earning and holding bitcoin can make even simple Bitcoin keychain business surprisingly profitable in the long run. ”

– Quote of The Bitcoin Keychain Creator

Ask your own question

No questions about the product available yet