Those who already own a Ledger Nano S and want to upgrade to the successor Ledger Nano X can do so without any problems. There are two ways to go about this.

One option is to set up the Ledger Nano X like a new hardware wallet. This gives you a completely new wallet with new private and public keys. Now you can start transferring coins from the old Nano S to the new Ledger Nano X hardware wallet. To do this, create a new account on the Nano X for the corresponding cryptocurrency and generate a receiving address. Save them temporarily and switch to the Nano S. There, open the account of the same cryptocurrency and send it to the cached address. Once the old Ledger Nano S is “emptied”, you can reset it to factory settings and sell/give it away or dispose of it.

Transfer existing wallet of the Nano S to the Nano X

You can even continue to use the Nano S in parallel. In this case, both hardware wallets can be used interchangeably with Ledger Live. For example, you then take the Ledger Nano S for use at home or as a backup device safely stowed and the Nano X for on the go. Both then operate the same wallet. 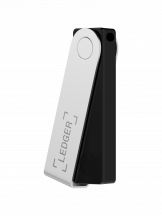 What if I already set up my Nano X?

And now I want to transfer my wallet seed from the Nano S over to the X?

Does that require me to delete the existing wallets/accounts in the Nano X? Because that would suck. It seems I should be able to have both.

Is there an easy way to SWITCH between the Nano S to the Nano X in Live?

Hi there,
I am using a Ledger S, bought a Ledger X (Linked also to Leger Live, I can see my crypto from my ledger S).
I do Not want to use the Ledger S as a backup but give it to my Fiancee, so she can have her own.
Both devices have a different recovery phase and thats why (it seems) I cant access my crypto for receive / send on my Ledger X 🙁
I assume I can send my Ledger S linked Crypto to the Ledger X crypto addresses, but then I have to pay all the gas fees I assume.
Is there another way?
And after doing so, I assume there is a way to rest the Ledger S, so its all new again and she can create her own ledger live account?
Thanks for your help in advance.
I looked everywhere to get this question answered, not to be found even on the Ledger website :-0

Enter mnemonic seed recovery phrase on ledger x, all your crypto should be on the new ledger.
Enter 3 wrong passwords on Ledger S to reset the device.